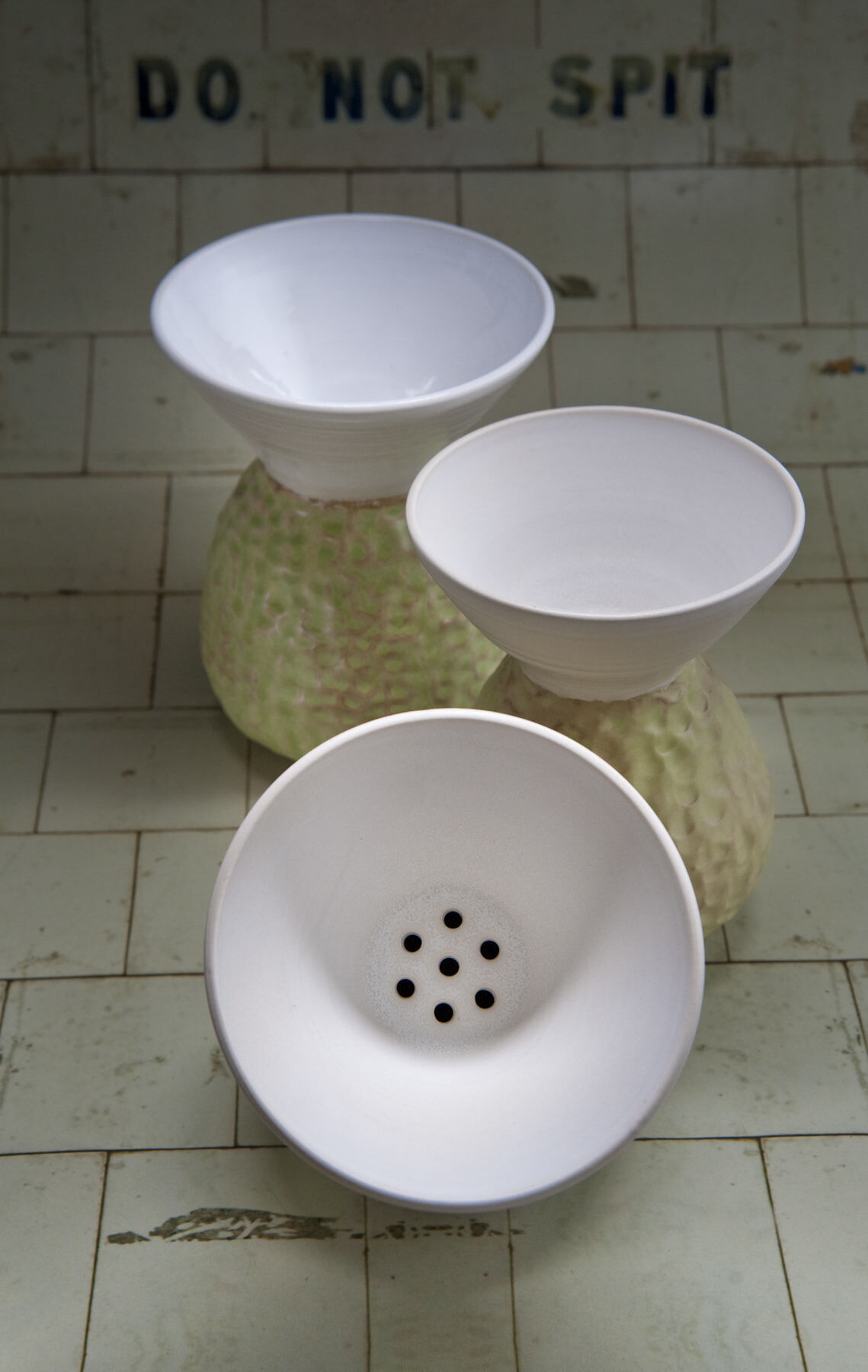 In a display of fine Song Dynasty ceramic tableware in the Shanghai Museum, sits a spittoon. It is a beautifully made receptacle for a repellent fluid. Its inclusion amusingly reminded me of Duchamp’s provocative action of placing a porcelain urinal in a 20th-century French gallery.

The juxtaposition (whether intentional or not) of sanitary ceramics objects alongside objects of higher purpose creates a strong emotional reaction.

Vessel for 21st Century Epidemic captures a sense of containment, its purpose is to secure and isolate a diseased liquid. This bottle receives and at the same time gives assurances of not sharing or spreading its contents.

Background images is a photographic image of the sanitary tiles that lined the underpass of Flinders Street Station from Elizabeth Street.
'DO NOT SPIT' was an imperative demand during the Spanish Flue epidemic of the early 20th-century.