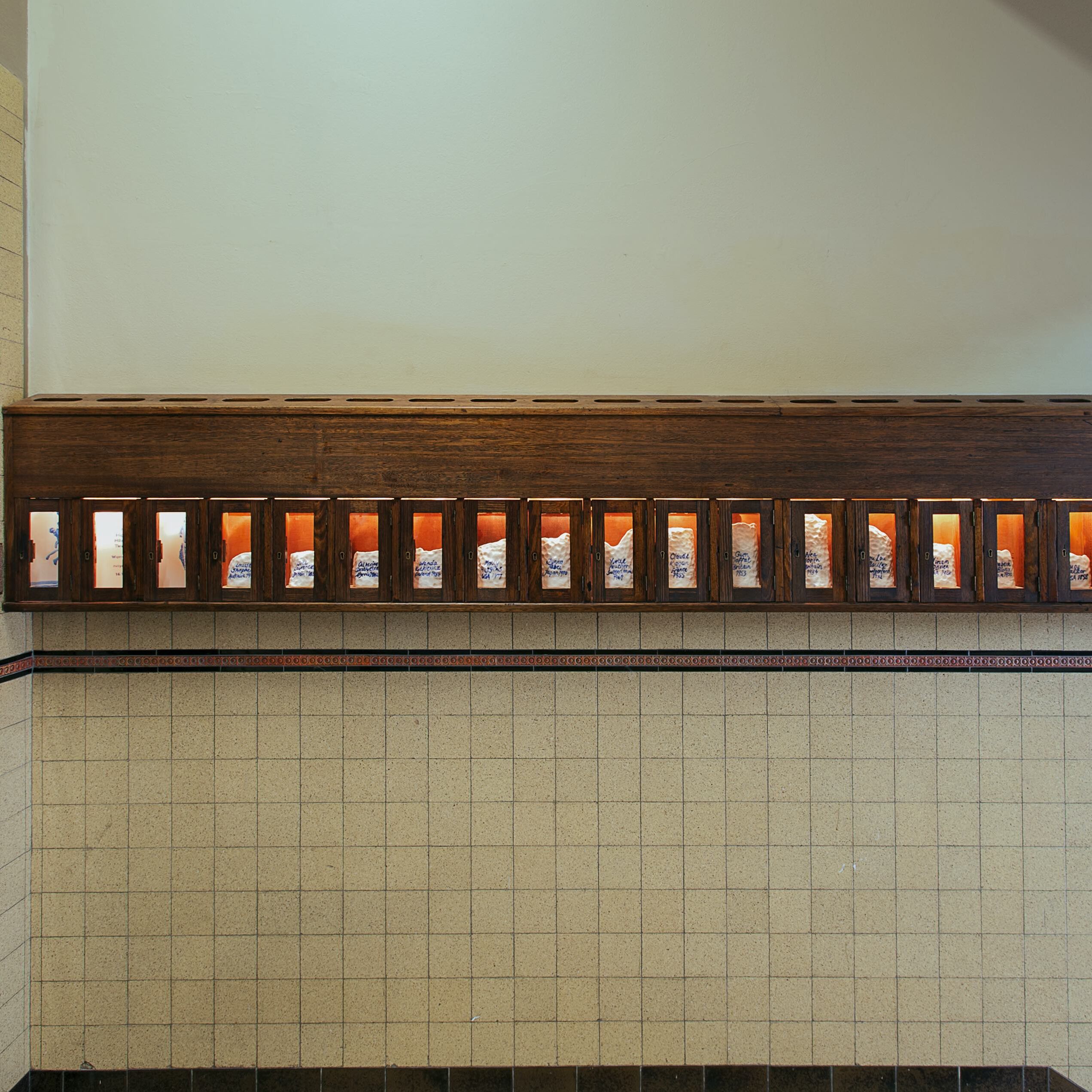 Mailbox 141, Melbourne, Australia
In the rare books collection at the State Library of Victoria is Vic Spitzer collection of 800 books on mountaineering and climbing. One book stood apart from the rest. Women Climbing 200 Years of Achievement by Bill Birkett and Bill Peascod 1989 expanded my understanding of human engagement with the mountain. These seventeen women are the backbone of international women’s climbing. Here follows an abbreviated list of their main achievements.

Marie Paradis was born in France and was the first women to climb Mont Blanc in 1808, 24 years after the first documented human ascent. Some say it was a dare and her achievement certainly helped promote the tearoom at the base of the mountain where she worked. At 18 years old she was completely unprepared but determined.

Henriette d’ Angeville hailed from French aristocracy and favoured male dress and attitudes similar to her friend and writer George Sands. Henriette arranged a dramatic and lavish climb of Mont Blanc in 1838 and was famously hoisted on her party’s shoulders to ensure that she was the highest person on the peak.

Lucy Walker was a passionate British climber who was the first woman to ascend the Matterhorn in 1858 as well as many of the other major European mountains. She is claimed to be the pioneer of women climbers and completed 98 expeditions. Lucy features in the watercolour painting standing on a rocky outcrop.

In 1900, Elizabeth le Blond was another aristocratic woman whose money enabled her to the flout cultural conventions and gender restrictions of her time. A British mountaineer who devised a special skirt, which could be raised on strings and eyelets the higher she climbed and more out of sight she became.

By 1926, American, Miriam O’Brien, had conquered the Dolomites, Chamonix Aigelles, Mer de Grace and Grepon. Miriam forged these mountains “manless” meaning her support party and fellow climbers were all female and she was the leader.  She describes her interest in climbing as, enjoying …solving the problems of techniques, tactics and strategy as they occur. It takes judgement to supply ideas, to make wise and proper decisions on the route, the weather…and above all to know what one’s own capabilities permit.

Nea Morin was an important member of the British Ladies Alpine Club in 1939 and Pinnacle Club. She advocated cordee feminine, climbing with only women on a rope.

Gwen Moffat cut her climbing teeth in Wales and has been hailed by the authors as the best all round mountaineer. Living as a bohemian, Gwen was known for climbing barefoot. She was the first qualified female British Mountain Guide in 1953. She is the author of the influential book on climbing lifestyle, Space Below My Feet in 1961.

French born Claude Kogan tackled many of the peaks of the Himalayas often as lead climber. She ascended Ganesh Himal in 1955.

Yvette Vaucher climbed many of the peaks of the Alps and Dolomites by 1964 from her birth-place of Switzerland. Yvette says her interest in climbing lies, … precisely because the laws of the game have not been made by man. Your commonsense tells you what is good to do and doesn’t bully your instincts. I love this shedding of one’s outer self.

Junko Tapei from Japan was the first woman to scale the summit of Mt Everest in 1975, leading an all female tour with sherpas following Edmund Hillary’s route. This trip was completely self funded and took years of planning and saving. She went on to climb major international peaks. By 1992 she was the first women to complete the Seven Summits.

American born Molly Higgins participated and led many all women ascents. In 1977, she lead the first all women’s team to ascend The Nose of El Capitan in the Yosemite Valley.

Wanda Rutkievicz was born in Lithuania and is regarded as the greatest woman mountaineer in history.  She climbed Everest in 1978 and her achievements included all fourteen of the eight-thousand meter mountains; Nanga Parbat, Shisha Pangma, Gasherbrum 11 & 1, Cho Oyu and Annapurna 1. She died near the summit of Kangchenjunga in 1995.

Catherine Destivelle is an accomplished mountaineer, sport climber and solo freestyle climber and an internationally successful competitor in the 1980s. In 1991 she created a new route up the Aiguille du Dru. The "Destivelle Route" was the first rock face to be named after a woman.

British mountaineer and climber, Jill Lawrence was actively involved in the all-women's climbing movement. She climbed the Right Wall in 1985.

Louise Shepherd is the writer of the Climbers Guide to Arapiles/Djurite and a pioneer of this area of Victoria. Know as one of the strongest and agile women climbers of the 1980s and for placing gear on lead during some of the hardest on-site ascents is a style not often matched by today's top climbers.

In 1985 she was the first woman to climb grade 25/26 causing a stir within the male-dominated sport at the time.

Louise states about climbing, It's just equality and recognition that women are climbing extremely well these days, as well as if not better than a lot of men. There are so many top women climbers in the world today that have done incredibly significant things. Climbing is a sport that equalises men and women, because women have got some strengths that men don't and visa versa. It's something that women can excel at on a level playing field as men really…It's something that I think is quite remarkable. There's not many sports where there are those possibilities of equality on the rock. A different climb suits one body type and another climb suits another body type. I think it's terrific. 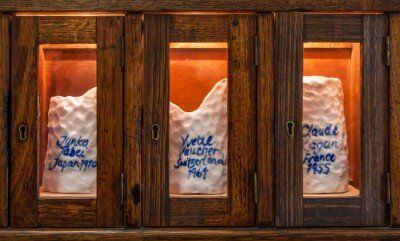 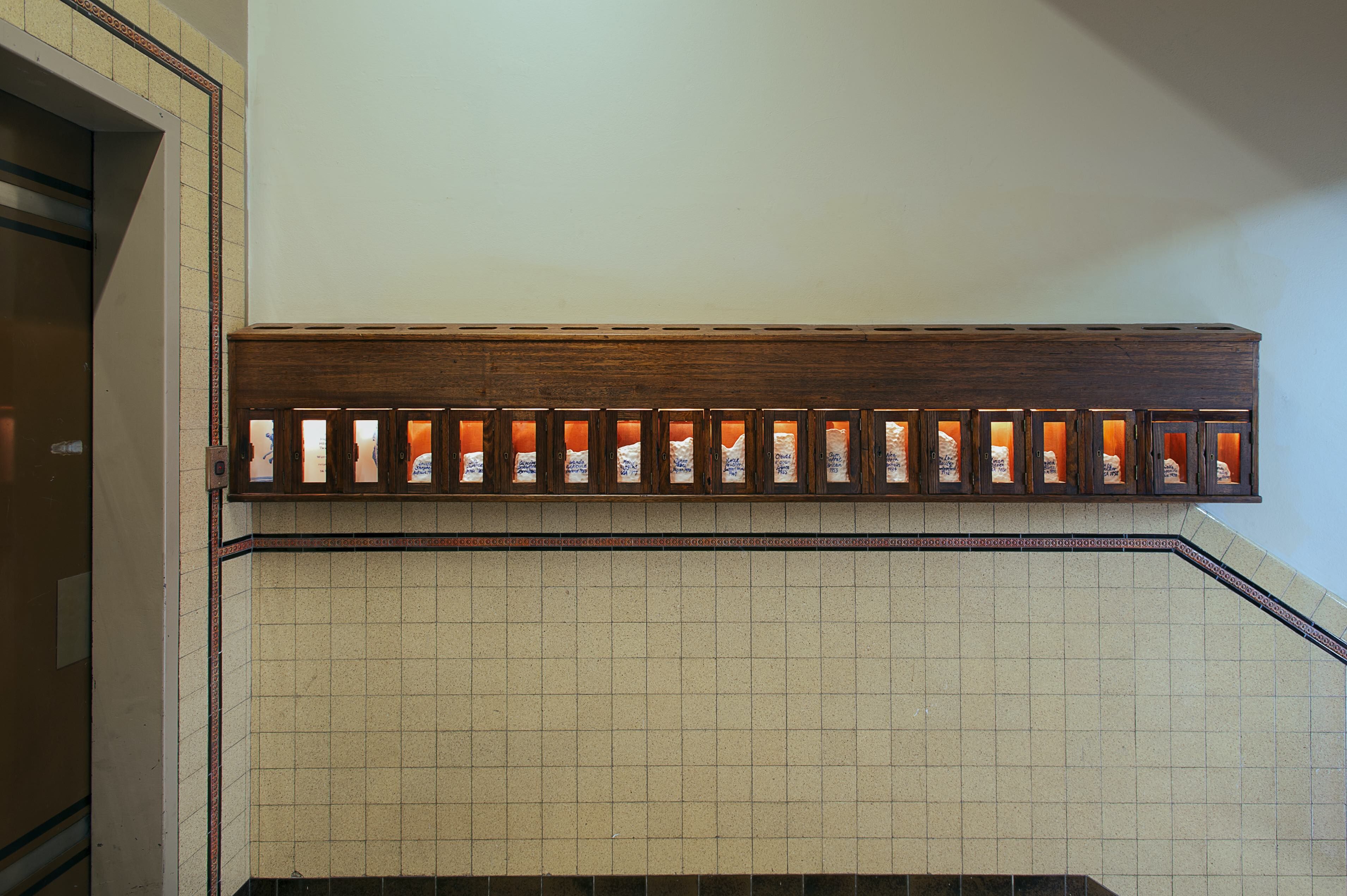 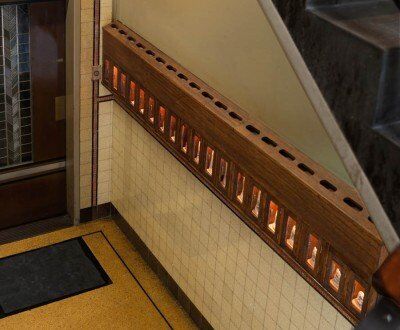 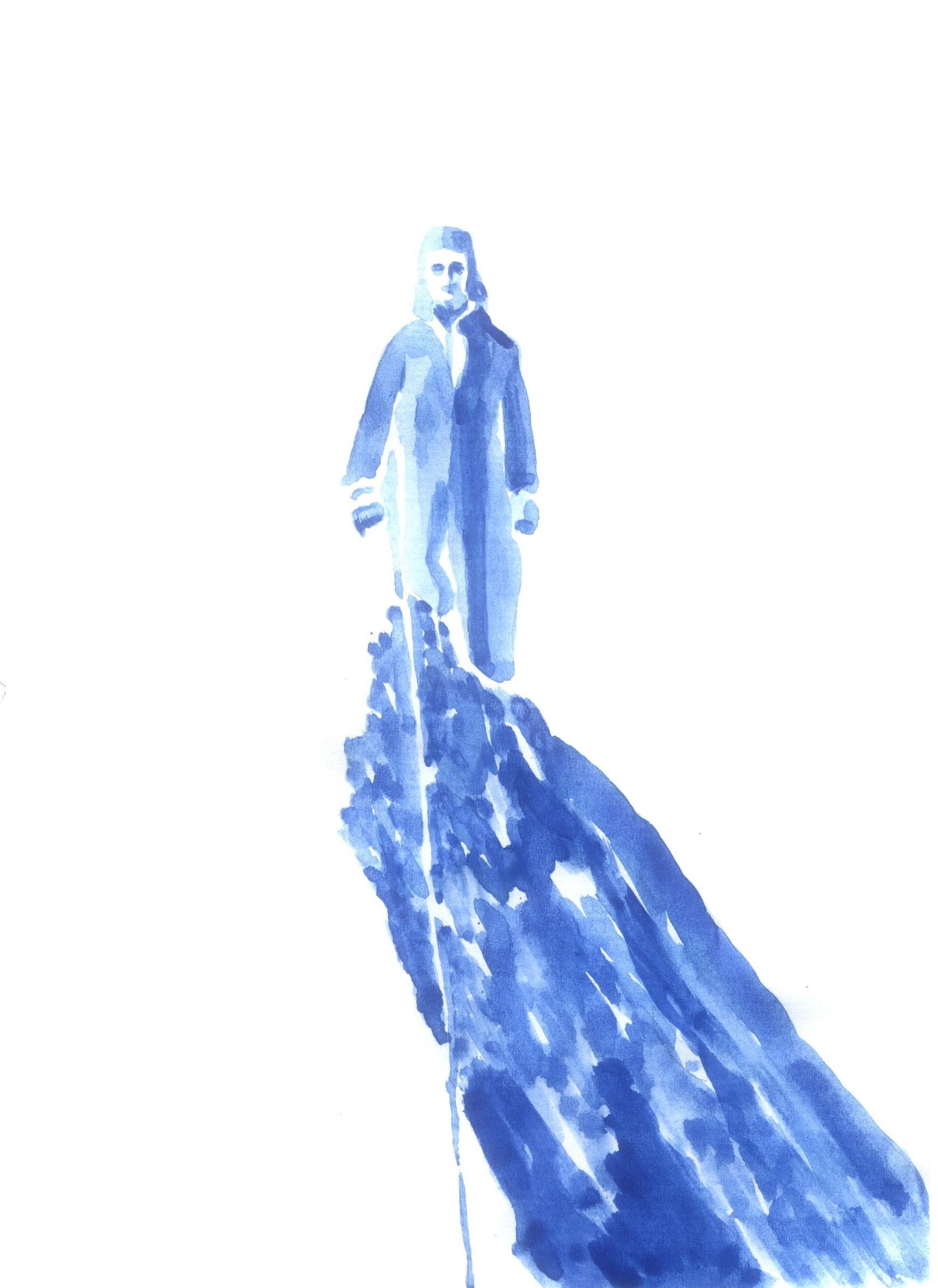 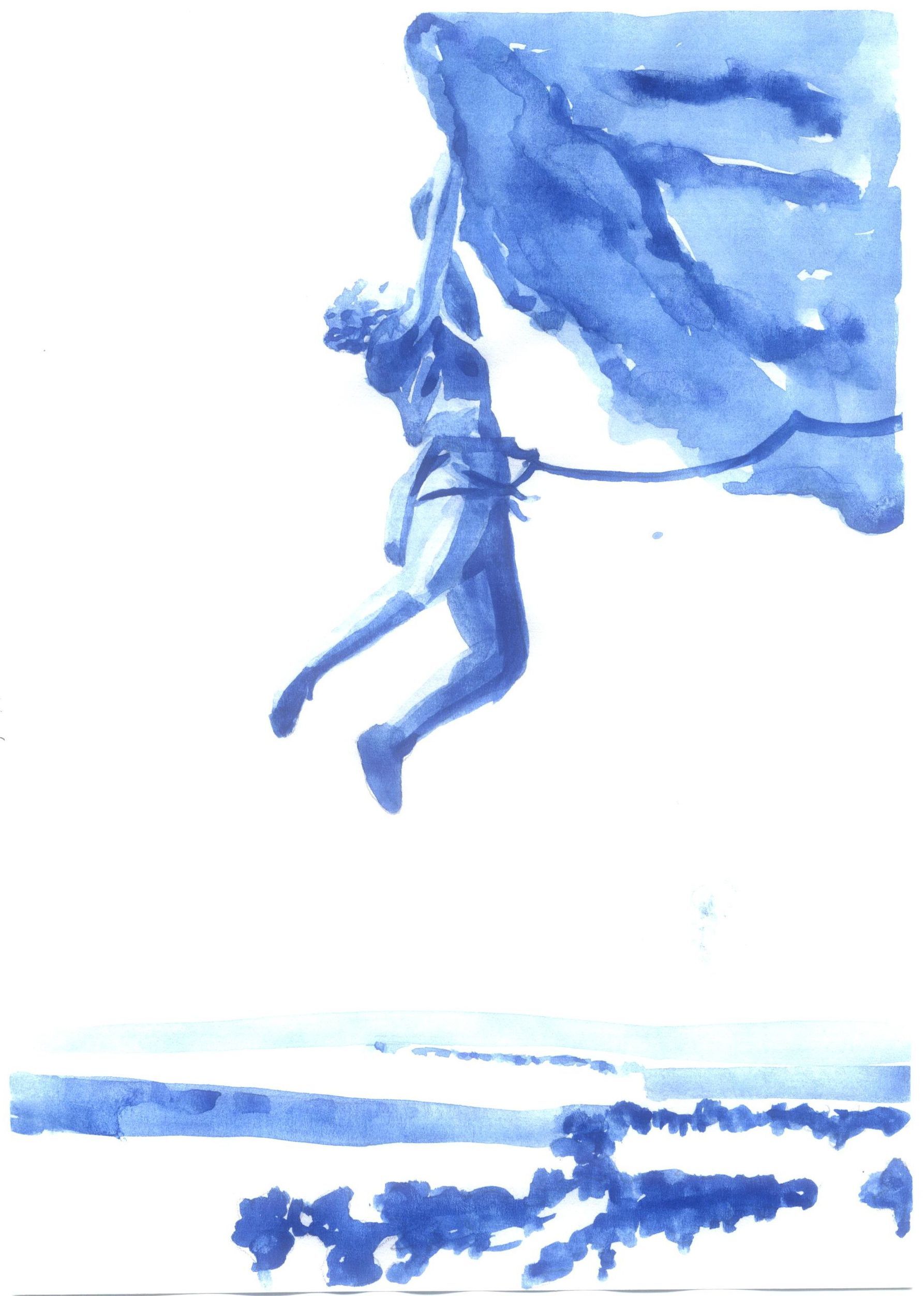